Recently I posted two entries about the new Extended Policy functionality in Oracle Solaris 11.1. One demonstrated how to create application sandboxes, and the other how to confine services, like MySQL. Both of these are examples of restrictive policies, whereas privileges have traditionally been used to implement permissive policies, hence the term privilege escalation. The basic functionality and terminology first appeared in Trusted Solaris in 1991. Unfortunately, a draft of the POSIX 1.e Security Specification (withdrawn), used the term capabilities for this functionality, which was subsequently used by Linux developers. Oracle Solaris privileges do share some common terminology with Linux, including the permitted, effective, and inheritable privilege sets. But almost everything else is different.

Midrange Power7+ Servers: The More Oomph You Want, The More It Costs

In last week's issue of The Four Hundred, I walked you though the pricing for various sized configurations of the new Power 750+ and Power 760+ midrange servers using IBM's dual-chip module (DCM) variant of the Power7+ processor. That just looked at the system hardware costs. This week, as I have done in the past, I want to walk you through how the raw computing, operating system, and Software Maintenance costs compare across each processor SKU and how those costs stack up with prior Power 750 machines.

With so many kernel updates released, it can be difficult to keep track. At Oracle, we monitor kernels on a daily basis and provide bug and security updates administrators can apply without a system reboot. To help out, the Ksplice team at Oracle has produced the Ksplice Inspector, a web tool to show you the updates Ksplice can apply to your kernel with zero downtime.

To start with: we've just released an update to Oracle Solaris Studio, with compiler optimizations specifically designed to get the most performance out of applications on Oracle T5, Oracle M5, and Fujitsu M10 systems.

And no ... zfs scrub isn't a hidden fsck

I've got quite a number of tweets and mails with the question "But is zfs scrub" not something like fsck. And the answer is "Well ... no".

I hate to quibble with the general manager of IBM’s Power systems division, but his argument that systems speed and power are no longer top priorities for businesses is, to use his own words, “not at all in tune with the market today."
[...]
As a result, IBM is trying to shift the terms of the debate in order to buy itself some time so that it can try to come up with some sort of story that might blunt the simple facts that Oracle’s new T5 servers have not only posted benchmark results several times faster than comparable IBM products, but are much less expensive as well.

Promote to your partners who were unable to attend the SPARC T5/M5-32 VAR Training session on March 28th or if you just want to review some of the content again.

Deploying an application in Solaris 11

Glynn takes his time to provide a thorough explanation to anyone who might be entering the world of Solaris 11 and is interested in seeing how things can be put together. Glynn goes over IPS components such as actuators, facets, variants, mediators, a family of pkg* commands, reviews SMF elements such as manifests, profiles, and svcbundle, as well as ties everything into building a zone and performing basic resource management on how the zone consumes network bandwidth.

This is a perfect example of what we can do by co-engineering the processor, the system, the OS, and the database.

How do you scale a general purpose operating system to handle a single system image with 1000's of CPUs and 10's of terabytes of memory? You start with the scalable Solaris foundation. You use superior tools such as Dtrace to expose issues, quantify them, and extrapolate to the future. You pay careful attention to computer science, data structures, and algorithms, when designing fixes. You implement fixes that automatically scale with system size, so that once exposed, an issue never recurs in future systems, and the set of issues you must fix in each larger generation steadily shrinks.

Last time, I outlined the general issues that must be addressed to achieve operating system scalability. Next I will provide more detail on what we modified in Solaris to reach the M5-32 scalability level. We worked in most of the major areas of Solaris, including Virtual Memory, Resources, Scheduler, Devices, Tools, and Reboot. Today I cover VM and resources.

Simply speaking, east/west traffic is the traffic that rather than going in and out of the data center (which in the world of this metaphor is called north/south traffic), goes between servers in the same data center -- or even in the same physical server.

Analysts say the unveiling of midrange and high-end servers running Oracle-built Sparc chips that share the same architecture is a step toward fulfilling the company's post-Sun plans.

Sizing with rPerf but Don't Forget the Assumptions

POWER Relative Performance (rPerf) is often used as a way to approximate the expected difference in performance between two Power Systems servers. Although rPerf is a useful tool, it is important to understand the limitations of using rPerf to provide an estimate the performance of your specific workloads in your particular environment with a new server.

Today I conclude this series on M5-32 scalability [ Part1 , Part2 ] with enhancements we made in the Scheduler, Devices, Tools, and Reboot areas of Solaris.

For longtime Sun customers, the technology refresh will be welcome, leading to improved SPARC server sales right away. But Oracle can be expected to look far beyond its own installed base, planning to grow its total available market (TAM) by taking share from its longtime Unix competitors, IBM and HP. Now that the new T5 and M5 technology is ready, IDC will watch with great interest in coming quarters to see whether the T5 and M5 announcements will lead to near-term market share gain and to a long-awaited turnaround in Oracle's hardware business.

I have another article planned for later in this series which describes the inescapable mechanics of disk. For now though, I’ll outline the basics: every time you need to access a block on a disk drive, the disk actuator arm has to move the head to the correct track (the seek time), then the disk platter has to rotate to locate the correct sector (the rotational latency). This mechanical action takes time, just like the sushi travelling around the conveyor belt.

A File System All Its Own

In the past five years, flash memory has progressed from a promising accelerator, whose place in the data center was still uncertain, to an established enterprise component for storing performance-critical data. It's rise to prominence followed its proliferation in the consumer world and the volume economics that followed. With SSDs (solid-state devices), flash arrived in a form optimized for compatibility—just replace a hard drive with an SSD for radically better performance. But the properties of the NAND flash memory used by SSDs differ significantly from those of the magnetic media in the hard drives they often displace. While SSDs have become more pervasive in a variety of uses, the industry has only just started to design storage systems that embrace the nuances of flash memory. As it escapes the confines of compatibility, significant improvements in performance, reliability, and cost are possible.

What is the best platform to run your Oracle Database on?

As a Systems Consultant I am often faced with the following question: What does Oracle recommend as the best platform to run the Oracle DB in large enterprise environments on? Is the Exadata DB Machine the recommended platform? Are SPARC/Solaris servers the way to go? Or should customers consolidate on SPARC SuperCluster setups? 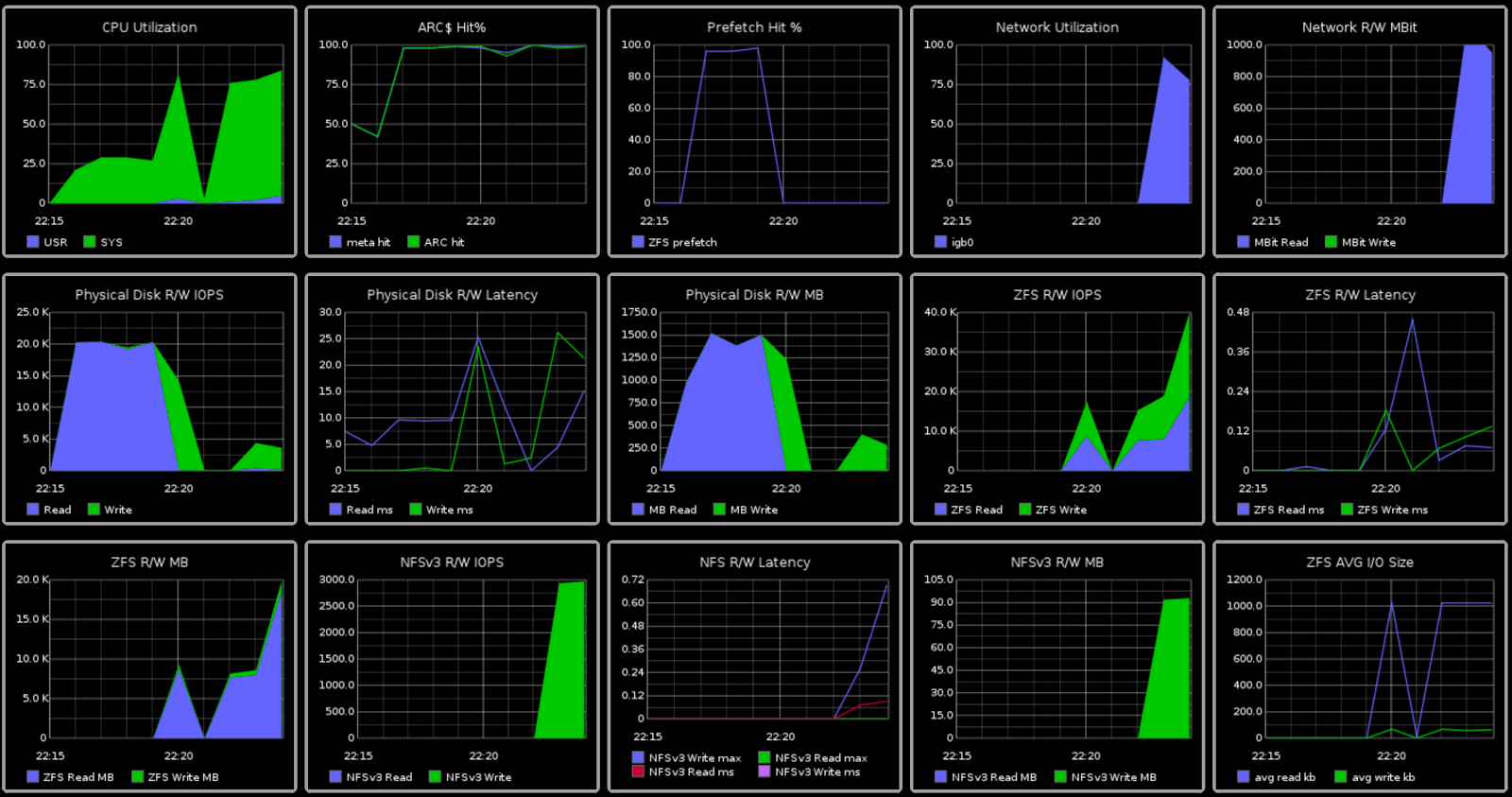 This paper provides guidance to IT professionals who are implementing Oracle Solaris 11 within their Cardholder Data Environment (CDE) and to the Qualified Security Assessor (QSA) assessing those environments. The Payment Card Industry Data Security Standard (PCI DSS) applies to all organizations that store, process, or transmit cardholder data. This includes entities such as merchants, service providers, payment gateways, data centers, and outsourced service providers.