How to Monitor Systems in Enterprise Manager using Ops Center

The Clipper Group Navigator, first published in 1993, describes new technologies and innovative products and the business values that they bring to the enterprise. It is targeted at business readers, in general, and decision makers in the information technology community, in particular.

IBM Extends the Reach of POWER7+ - Introducing POWER7+ Servers for the Rest of Us (February 5, 2013)

Most systems administrators are quick, perhaps too quick, to tell you “I’m not a coder.” Oddly, this admission normally comes after boasting about how many programming languages they know or have used. Why is this? Can this be changed? Here is my 5 step plan on how any SA can become an honest to goodness programmer.

You can do P2V using Ops Center, but it's not a single-wizard process, and it'll take a bit of tinkering. Basically, you take a flash archive (FLAR) of an existing system, import it, then deploy a host, ldom, or branded zone based on that FLAR.

First, though, I need to cover some basics. This is unnecessary for those of you that are Fibre Channel experts, but for the rest of the world it might be useful...

Many customers have large collections of physical Solaris 8, 9 and 10 servers in their datacenters and they are wondering how they are going to virtualize them. This leads to a commonly asked question. Can Enterprise Manager Ops Center 12C be used to P2V (Physical to Virtual) my old servers? Ops Center does not have a single button P2V capability, but it is possible for Ops Center to deploy physical servers, LDOMs and branded zones based on flash archives(flars) that have been taken of your existing physical servers. Ops Center achieves P2V by deploying flars and leveraging its patching and automation capabilities, to make the P2V process consistent, repeatable and as cost effective as possible.

Wednesday evening, a month after the new SPARC servers T5 & M5 launch in Paris, the french Solaris users group, get together to get the latest from Oracle experts on SPARC T5 & M5, Oracle Virtual Network, as well as the new enhancements inside Solaris 11.1 for Oracle Database. They also came to share their projects experiences and lessons learn, leveraging Solaris features : René Garcia Vallina from PSA, did a deep dive on ZFS internal and best practices around SAP deployment and Bruno Philippe explained how he managed to consolidate 100 Solaris servers into 6 thanks to Solaris 11 specific features.

Entitlements and VPs—Why You Should Care

With the POWER7 processor, many changes were integrated into the chip that must be taken into account when defining LPARs. First, understand that POWER7 technology and simultaneous multithreading (SMT4) are all about throughput, and rPerf is a throughput-based performance measurement. Therefore, to take advantage of the server’s full rPerf it’s important to drive all of the threads. However, the way the threads get kicked off has changed with POWER7.

Response time – or latency – is crucial to understand in detail, but many of the common presentations of this data hide important details and patterns. Latency heat maps are an effective way to reveal these. I often use tools that provide heat maps directly, but sometimes I have separate trace output that I’d like to convert into a heat map. To answer this need, I just wrote trace2heatmap.pl, which generates interactive SVGs. 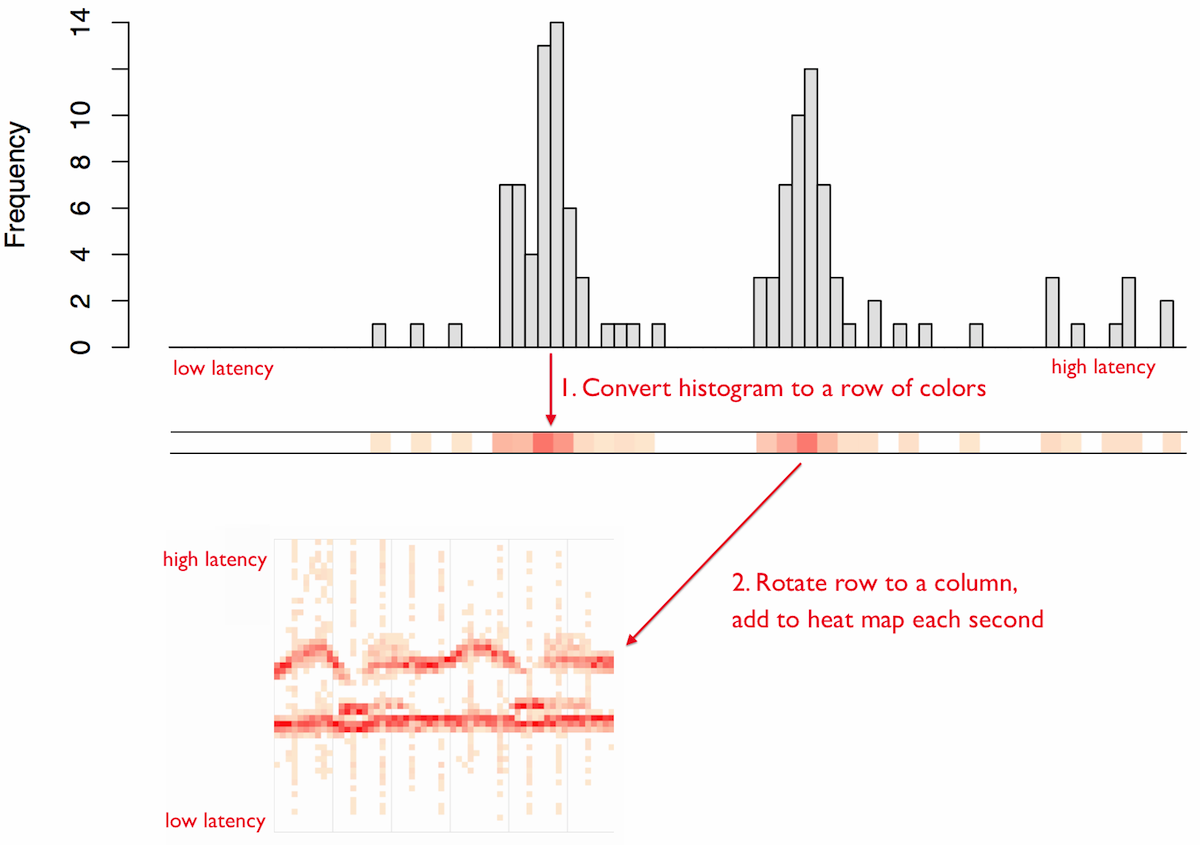 I describe only migration P2V of a physical server in a ldom, the installation and the configuration of Oracle VM Server for Sparc are not specified in this article.

How to Update Only Java on Your Oracle Solaris 11 System

This article describes how to update Java without updating any other software. Java might be updated multiple times in an Oracle Solaris release, so you should follow this procedure periodically.

har is the Hardware Activity Reporter. I’ve never seen it work, but it did help me solve a crucial performance issue.

Sometimes developers put undocumented options in their code to help with debugging issues. This morning I came across one of such options which prints extra debug information when executing NSS queries.

Today on UnixEd.com, author and educator Bill Calkins posts some tips for taking Oracle Solaris 11 certification exams. In this helpful article, he outlines key things to focus on for the most effective use of your study time, including type of exam questions, recommended practice exercises, how to approach and interpret scenarios, as well as recommended reading/study material within his new book, "Oracle Solaris 11 System Administration" which comes out in Jun 2013.