How to Get Started Using DTrace on Oracle Linux

We all hate slow code. Bunch of princesses is what we've become. During the American Civil War, they had to deliver their text messages by horseback! It took weeks! And half the time, they got blown off their horse by a cannonball to the neck!

Today? Today we have to have our stuff back in milliseconds, or we start tweeting about it. So, if you're developing or deploying applications, how do you keep them performing at the speed to which we have become accustomed? DTrace, of course.

Back for another article about LDoms - today we'll cover some tricky networking options that come up if you want to run Solaris 11 zones in LDom guest systems. So what's the problem?

I got asked these questions recently and had to go look the subject up ... again! I seem to have forgotten some of the details and then I thought I would use some new features of AIX for the second part. In the distant past there was various way to stop core files being dumped in to the current working directory of the program that failed. In AIX 5.3, AIX 6 and 7, the "chcore" command does all the hard work for us by letting us...

This is the first of a series of blog posts on configuring Oracle VM Server for SPARC (also called Logical Domains) for availability. This series will show how to how to plan for availability, improve serviceability, avoid single points of failure, and provide resiliency against hardware and software failures. 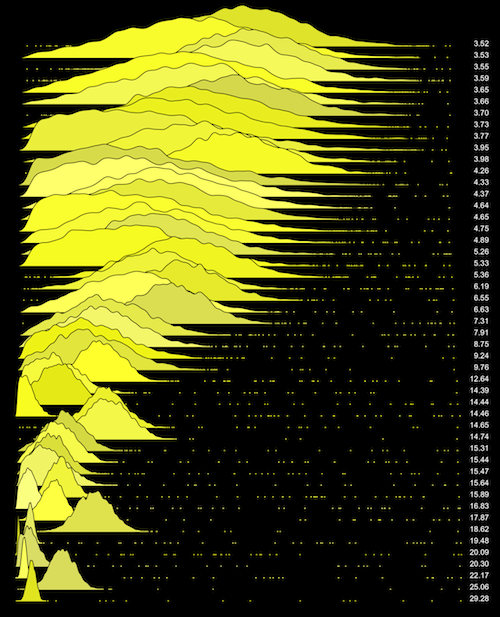 Is choosing an operating system all that's important any more? After all, virtualization lets sysadmins choose the OS that best matches the workload they plan to put on each virtual machine. And Red Hat Linux on Intel is cheap and ubiquitous enough to work for most anything. Right?

We don't think so.

[...] Luckily, Solaris 10 and 11 have all the tools to assist in creating a "two man rule." In fact, we published a paper on the topic in 2005. Its comprehensive role and profile based collection of authorizations ensure that only user with the proper authorizations are allowed access to administrative tools. Solaris can be configured so that one user has the role of "Security Admin" while another user has the role of "System Admin."

How to Initialize an Oracle Linux System

This article, Part 1 in a series that compares and contrasts Oracle Linux with SUSE Linux, describes registering the software, booting, and system initialization.

How to Install Oracle 12c RAC: a Step-by-Step Guide

Okay, back to school folks, back to school :). As with any new product, our long learning journey starts with an installation on a sandbox environment. To get you up to speed with Oracle 12c RAC and let you focus on important stuff (e.g. features research), I have put together detailed step-by-step installation instructions.

Are you among the people migrating workloads from IBM AIX to Oracle Solaris 11? Even if you have not yet begun this migration, you will benefit from the knowledge contained in these resources...

In this article, we'll take a high-level look at the security features of the Linux kernel. We'll start with a brief overview of traditional Unix security, and the rationale for extending that for Linux, then we'll discuss the Linux security extensions.

This is part 3 of a number of blogposts about huge Oracle database IO’s.

Oracle today announced that customers and partners continue to rapidly adopt Oracle Linux to increase the scalability, reliability and performance of their critical applications and systems.

This article continues the series on availability best practices. In this post we will show each step used to configure a T5-8 for availability with redundant network and disk I/O, using multiple service domains.

The fifth POWER Ask the Experts is a one day customer technical event in the UK which ran in Manchester and London on 15th/16th July 2013. It proved to be a very popular free event. We had well over a 100 people attend which was a mixture of customers, a few Business partners and some IBMers.

In October of 2006, Oracle's CEO Larry Ellison announced a bold new venture, with his company's own Linux distribution.

When the microprocessor was invented in 1974, the computational power packed into the 2.6-GHz, dual-core Intel Core i5 that’s in the laptop I got when I joined Oracle two weeks ago would have been unimaginable.

It's been exactly two years since we acquired a small startup called Ksplice. Ksplice as a company created the zero downtime update technology for the Linux kernel and they provided a service to their customers which tracked Linux kernel security fixes and providing these fixes as zero downtime Ksplice updates.